The FYP Podcast is supported by The Athletic. Visit theathletic.co.uk/fyp to start a 30…
May 22, 2020

The FYP Podcast is supported by The Athletic. Visit theathletic.co.uk/fyp to start a 7…
May 17, 2020

The FYP Podcast is supported by The Athletic. Visit theathletic.co.uk/fyp to start a 30…
May 13, 2020

Andros Townsend: This is why Palace have been Unlucky this Season

Andros Townsend speaks to Jack Watson and tells him that he feels Crystal Palace have been exceptionally unlucky this season. 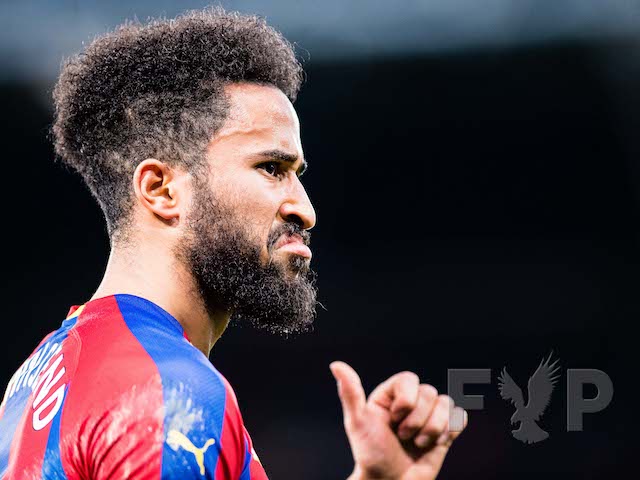 The Premier League campaign has been halted with a quarter of the season - a total of nine games - to go due to the COVID-19 pandemic, with the Eagles sitting comfortably in 11th place, 12 points above the drop and only six points off Manchester United in fifth.

"We’ve been very unfortunate this season," says Townsend.  "We had a lot of injuries all in a similar position at the same time. As we were going through the Christmas period and January and February, we had a lot of players out and it was pretty much the same 11 so it was only natural that we were going to drop points and have a dip in form. As we got players back, as you’ve seen in the last three games, we started to pick up points again and got to where we deserved to be, which is in and around mid-table.

"Coming up to this [the pandemic] we won three games on the spin and were playing well, the team were getting into a groove and we were climbing up the table and looking up. When football does start again we’ll make sure we are as fit as possible and we will give those last nine games as much as we’ve got and see where it takes us," he said to Swipe, a free to play sports predictor and trivia game with real cash prizes where you can also donate to the NHS, at the launch of Fifa 20 tournament Stay INtertoto Cup to raise money for charity.

The question about if and when the season should start up again has been raging since football was halted six weeks ago, and Townsend is of the opinion that it should be finished, but only when it is safe to do so. 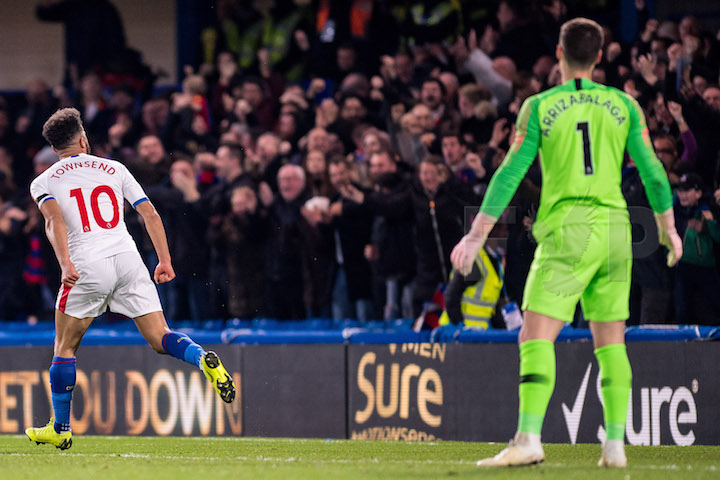 He added: "My view has always been that the league should finish and I’m sure it will finish. At the moment the Premier League and football is irrelevant, the only thing that is relevant at the minute is the NHS and saving lives and us all chipping in and trying to do what we can to help them along the way.

"When the time comes and they do eventually beat this virus and football becomes relevant again, we need to be ready and we need to give the people who follow football their football fix back and hopefully by doing that we need to complete the season.

"We need to keep the integrity of the Premier League and keep everything ticking over and hopefully we can do that as safely as possible when the time comes.

"At the moment people say, ‘who cares about football, football’s not at the top of anyone’s thinking’ and that’s right, but there will come a time when football is relevant again and we need to make sure it does have a sustainable future and I think the best way to do that is to keep everyone happy and finish the season. After this season has finished then you start thinking about the next season and start thinking the season after that."

Footballers have been on the receiving end of some harsh words from some social commentators and even Health Secretary Matt Hancock, who demanded that top-flight players take a pay cut. Townsend thought that sort of rhetoric was a low blow.

"It’s not nice," he said. "I think it’s an easy deflection to turn it onto the easy targets. There was always going to be a contribution from Premier League players and it was taking the time to figure out what can we do and how we can do it and where is best to put our money and we came to the decision after each club helped out their local communities we came to a decision to raise a big fund for the NHS that was announced a few weeks ago and we’re in the process now of trying to donate as much as we can and hopefully we can get a nice pot and help the NHS out."

Being locked down and unable to play or train midway through a season is obviously difficult for any professional, but Townsend revealed that Palace are keeping their squad fit and on their toes while isolated at home with training regimes.

Townsend added: "I’m very fortunate I’ve got two young kids so they’re keeping me occupied. I’m delving into their routine, when they nap, I nap, when they play I play so I go along with what they do. Obviously, I’m missing football, but to be able to spend more time with the kids is nice, it’s a little silver lining in what are dark times at the minute.

"Palace sent us a few running programmes, gym programmes, bike programmes and stuff we can do in and around the house. There’s a website where we punch in what we’ve done, how long we’ve done it for and how hard it was. They’re in the process at the minute of sending us GPS units so they can track what we’ve done. When this is all over and when football does become relevant again, we’re ready to go."

The STAY INtertoto Cup Fifa tournament has raised over £4,500 for NHS charities. "That’s the main reason I entered," says Townsend. "I love playing Fifa but when you’re on lockdown you feel pretty helpless and you can’t do much. To get invited to play Fifa, something you love, to try and help raise money for those people who are on the front line and helping to save lives, it was a no brainer and the first tournament I entered we raised a lot of money and hopefully in this tournament we can raise a lot of money again and help contribute to the NHS."

A total of 64 professional footballers entered the tournament, including Wilf Zaha and Townsend, who was beaten by Northampton’s Callum Morton in the last 32 on Sunday night. Zaha lost to Man City's Raheem Sterling in midweek.

Andros Townsend: All the goals.

"I hate losing," he said. "It really does affect my mood. A win you’re preparing for a win and you’re expecting a win; you believe you’re going to win no matter what you do. When you do win it’s like, ‘right, I won this one, onto the next one’, but when you lose it’s different because you’re not expecting it, it does affect you a bit more.

"I think to be a sportsman you have to have that competitive streak, you have to be a winner, it hurts when you lose any game. Whether it be a board game or a World Cup final. Fifa is no different. I get pre-game jitters, I get nerves. I get tense if it is a tight game, I’m nervous, I’ve got sweaty palms. It’s similar to a normal game, it’s no different and you just want to win anything you take part in."

On Zaha's FIFA skills, Andros added: "Now, him. He’s so much better than me now. Fifa 18/29, I’d like to think I’d be in with a shot of winning, but since I had my second kid, my son in August, I’ve not really had much time for Fifa and to be good at Fifa you need to be playing it constantly, so I’ve lost my edge a little bit. I’m competitive now, but I have no chance of winning this STAY INtertoto Cup.

"He’s a top player and it’s a privilege to have someone in my position like him to look at. I see him on a daily basis, I see what he does, and I try and implement it on my game and try and improve. It’s great to have him as a teammate and great to have him still at Palace and hopefully we can keep him for a lot longer."

Listen to the latest FYP Podcast below...