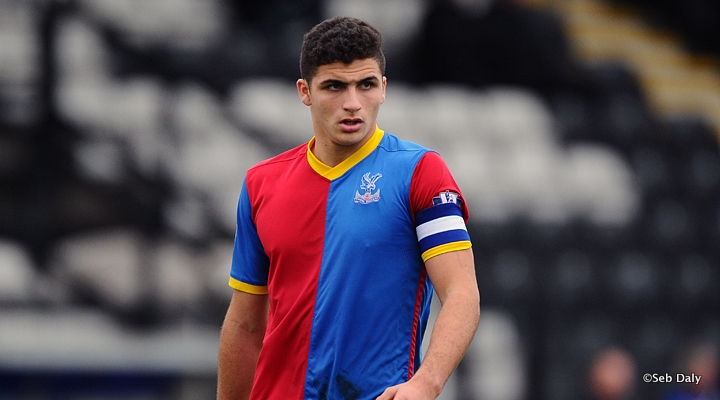 The youngster impressed on loan with Yeovil, and following a return to Palace, he made a positive impact at Vale Park.

Inniss has been offered an extension to the five year contract he signed in 2010, which expires on July 1, and although he is yet to sign it is unlikely he will turn the offer down.

The Valiants are reportedly keen to sign the 20-year-old on a permanent basis, such was the impression he made, but chairman Norman Smurthwaite told BBC Radio Stoke he believes the Eagles will not sell for less than £600,000 - a figure beyond Port Vale's reach at this time.

In a move which almost certainly confirms the temporary transfer, Smurthwaite sent the young Eagle a tweet on Friday evening.

He said: "Evening @ryaninniss are you ready for the Burslem return and welcome"

Inniss has progressed through the youth ranks at Palace and was highly rated as a 15-year-old, when the Eagles saw off competition from Manchester City to tie him down to a professional deal.

After two seasons of adjusting to his growth and the Under 18 side, Inniss began to find his feet once again and moved into the Under 21 side, before being loaned out to Cheltenham in September 2013 before seeing his spell cut short by injury. He then spent some time on loan with Luton Town but returned to Palace again, before being loaned out to Gillingham in February 2014.

The centre-back is known for his no nonsense defending and has been described as an old fashioned defender.